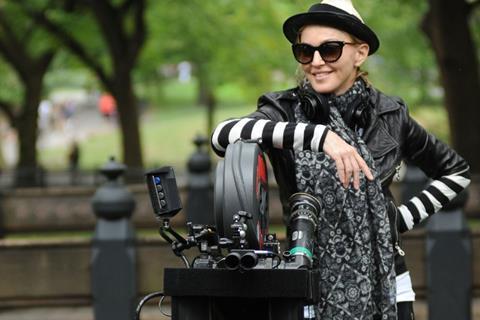 Madonna is to direct a biopic about herself that is set up at Universal and will be based on a screenplay the performer is co-writing with Oscar winner Diablo Cody.

The untitled project will cover Madonna’s five-decade career as a recording artist, entrepreneur and her work in film.

Amy Pascal is producing via her Universal-based Pascal Pictures along Madonna, and Sara Zambreno and Guy Oseary are executive producers.

“I want to convey the incredible journey that life has taken me on as an artist, a musician, a dancer – a human being, trying to make her way in this world,” said Madonna.

“The focus of this film will always be music. Music has kept me going and art has kept me alive. There are so many untold and inspiring stories and who better to tell it than me. It’s essential to share the roller coaster ride of my life with my voice and vision.”

Pascal added the project has been “an absolute labor of love for me”, adding she has known Madonna since Columbia Pictures made A League Of Their Own.

Madonna’s film roles include Desperately Seeking Susan (1985), Dick Tracy (1990), A League Of Their Own (1992) and Evita (1996), for which she won the best actress Golden Globe. She has directed W.E., which earned her the 2021 Golden Globe for best original song, which she shared with Jimmy Harry and Julie Frost.

Cody won the screenplay Oscar for Juno and her credits include Jennifer’s Body, Young Adult, Ricki And The Flash, and the series United States Of Tara and One Mississippi.

Senior executive vice-president of production Erik Baiers and director of development Lexi Barta will oversee the project on behalf of Universal.