Malachi Kirby to star in 'Roots' remake as Kunta Kinte 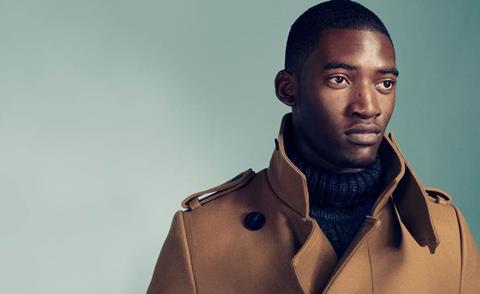 UK actor Malachi Kirby (Gone Too Far) has been cast in the lead role in A+E Networks’ anticipated remake of landmark 1977 miniseries Roots.

Former Screen Star of Tomorrow Kirby is set to play Kunta Kinte in the seven-part series, which is described as a historical portrait of American slavery recounting the journey of one family’s will to survive.

The narrative spans multiple generations, beginning with young Kunta Kinte, who is captured in his homeland in the Gambia and transported in brutal conditions to colonial America, where he’s sold into slavery.

Throughout the series, the family continues to face adversity while bearing witness and contributing to notable events in US history - including the Revolutionary and Civil Wars, slave uprisings and eventual emancipation.

The fast-rising Kirby, who played in 2013 comedy drama Gone Too Far and Toronto-bound Afghan war thriller Kilo Two Bravo, last year appeared in eight episodes of UK soap EastEnders and will next appear in fantasy-adventure feature Fallen, from director Scott Hicks (Shine, The Lucky One)

Roots is due to begin shooting next month in South Africa and New Orleans and will be simulcast on A&E, History and Lifetime in 2016.

As previously announced, The Matrix star Laurence Fishburne, whose recent TV hits include Hannibal and Black-ish, will star in the series as Alex Haley.

The heralded original US series, based on Haley’s 1976 novel, Roots: The Saga of an American Family, first aired on ABC in 1977 and went on to receive 37 Emmy nominations, winning nine. LeVar Burton played Kunta Kinte in the original series.

The series is an A+E Studios production in association with Marc Toberoff and The Wolper Organization, the company that produced the original Roots.