Matt Hancock has been named culture secretary as part of the latest cabinet reshuffle. 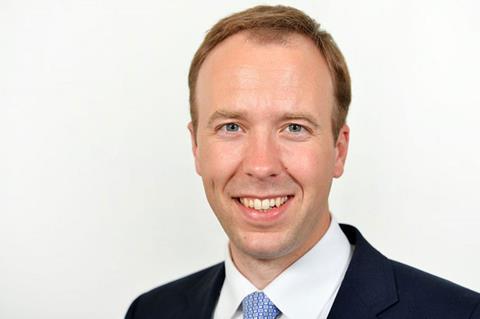 Hancock steps up from culture minister to replace Karen Bradley, who has been appointed secretary of state for Northern Ireland after 18 months in the role.

His first responsibilities will include liasing with newly-installed Channel 4 chief executive Alex Mahon to agree suitable relocation options for the broadcaster over the coming months.

In his first address to the TV industry after joining the DCMS in September 2016, Hancock said he supported the relocation of public service broadcasters outside of London.

“The BBC’s move to Salford has been a triumph,” he told delegates at an RTS London event. “I see that move to the regions as one I would like to see other broadcasters to follow in terms of spreading people, production and investment beyond London”.

“Thrilled to become DCMS Secretary. Such an exciting agenda, so much to do, and great people. Can’t wait to get stuck in,” he said.

Hancock and shadow culture secretary Tom Watson are both speaking at an event to mark the third anniversary Creative Media Federation event this evening.