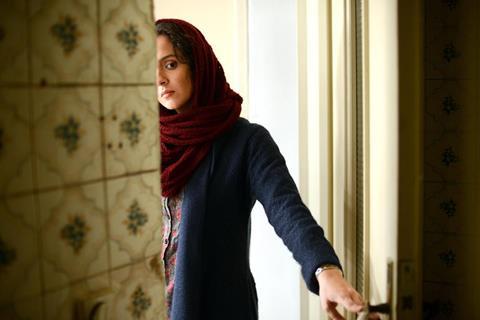 The UK’s Curzon Artificial Eye and Germany’s Prokino are among the latest distributors to snap up Iranian director Asghar Farhadi’s The Salesman (Forushande) following its well-received premiere in Competition at Cannes this year.

Farhadi’s tale about a couple in a touring production of Arthur Miller’s Death Of A Salesman whose relationship turns violent picked up awards for best screenplay as well as best actor for Shahab Hosseini.

In other fresh deals, the film secured distribution in Australia and New Zealannd (Hi Gloss Entertainment) and for airlines (Penny Black Media).

As announced during Cannes, the film has been co-acquired by Amazon and the Cohen Media Group for North America.

The film also sold to Israel (Lev Cinema), Turkey (Zeynofilm) and the Middle East (Falcon Films) ahead of Cannes. Russia and the CIS is under negotiation.

Memento Films Distribution is planning to release the film in France in November 2016.

European deals included to the Baltics (Prior Entertainment) and Romania (Macondo). Cinema Prestige has acquired Russian and CIS rights.

Kino Lorber announced in April it had acquired Slack Bay for the US and English-speaking Canada, in a rare pre-buy for the company.

Memento Films Distribution released Slack Bay in France on May 13 to coincide with its Cannes Competition premiere where it achieved the best opening ever for a film by Dumont.

Released on 300 copies, it drew some 181,000 spectators in its first week on release, surpassing Dumont’s biggest success at the box office to date Camille Claudel 1915, which sold some 115,000 tickets overall.

Local box office pundits are suggesting the film — which divided film critics at Cannes - will eventually draw more than 500,000 spectators.