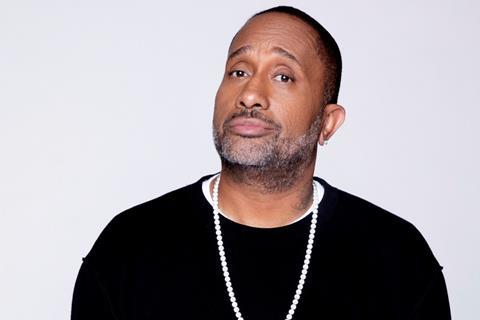 Barris will make his feature directorial debut on the project.

Joining Barris and his Khalabo Ink Society is Jennifer Lee Pryor and her Tarnished Angel, and Tory Metzger for Levantine Films. Adam Rosenberg and Levantine’s Renee Witt will serve as executive producers.

Pryor was a trailblazing black comic who entered the mainstream in film and TV as a star and writer.

The first recipient of the prestigious annual Mark Twain Humor Prize, Pryor appeared in close to 50 films including Blazing Saddles, for which he shared a Bafta best screenplay nomination with Mel Brooks and others in 1975.

His TV credits include The Richard Pryor Show and Pryor’s Place, and he wrote for shows such as Sanford and Son, The Flip Wilson Show and two Lily Tomlin specials, one of which earned him both an Emmy and a WGA Award.

“The way Pryor did what he did – with truth and specificity that was somehow self-aware and self-deprecating, and said with an unmatched level of vulnerability – that was the power and impact of his work,” said Barris.

“Pryor had a voice that was distinctly his and, in many ways, comedy since then has been derivative of what he created. To me, this is a film about that voice, the journey that shaped it, and what it took for it to come to be.”

“We couldn’t agree more. Along with our partners Kenya, Tory, Jennifer and Adam, we are incredibly excited to share Richard’s extraordinary life with audiences the world over.”J