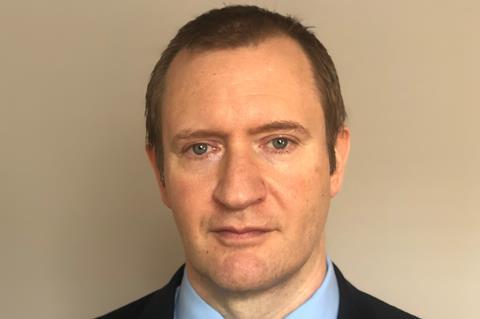 Mike Goodridge has stepped down as artistic director of International Film Festival and Awards Macao (IFFAM), and admitted that the future of the festival looks “uncertain”.

“I have had an incredible experience working with my friends and colleagues in Macao,” said Goodridge. “We built the audience for different kinds of cinema in the city and created an event that resonated across the region and the world. The team we assembled was second to none, and we were all dedicated to stimulating the growth of filmmaking and film-going in Macao.

“IFFAM’s future is uncertain in an age of Covid and seismic local changes, but I wish it continued prosperity.”

Goodridge, the London-based founder of production and management company Good Chaos, has held the IFFAM position since 2017 and ran four editions of the festival. IFFAM was established in 2016, with Goodridge joining after founding artistic director Marco Mueller exited.

During his tenure, Goodridge created an international competition for first and second-time directors and bolstered its Chinese-language programming with the creation of the New Chinese Cinema competition strand. The festival played Chinese-language titles such as Better Days, Dwelling In The Fuchun Mountains and Love Poem.

The 2020 edition of the festival went online only, and IFFAM will not take place in 2021 owing to tight Covid-19 restrictions in Macao, a special administrative region of China.

Goodridge, who is also a former editor of Screen International and ex-CEO of Protagonist Pictures which he ran from 2012-2017, will continue running his Good Chaos label and working in festival programming and curation, having served as a consultant with this year’s Chicago International Film Festival.