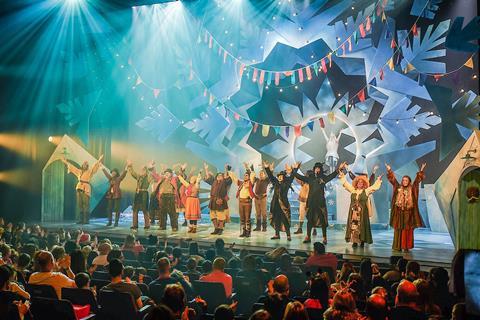 Through its family-focused banner Modern Films Family the company has already booked the one-day screening (December 15) into 300+ UK cinemas and is talking to more sites now. It is also planning a premiere in London’s Leicester Square on December 9, and encore showings after that initial date.

Thumbelina is the latest in a series of annual Christmas specials produced by BBC Children’s In House Productions. Based on the Hans Christian Andersen tale, it will follow the adventures of a thumb-sized girl in an oversized world of woodland creatures and giant plants. The show will feature a cast of recognised CBeebies presenters including Justin Fletcher, Ben Faulks and Andy Day.

The production will be a live recording in Stoke in November, which will then be edited for the cinema with additional content added in. The BBC will broadcast on CBeebies on December 21.

“Event cinema is a strong part of Modern Film’s business plan. The BBC is a great partner for us and this represents a new direction for them to diversify the way audiences engage with their content and experience it in different settings. We are particularly interested in widening the scale and scope of programming for families,” said Gabereau.