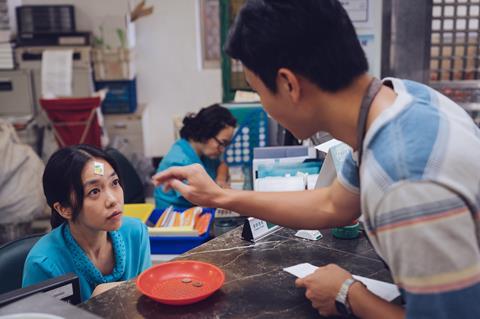 Best actress went to Little Big Women for the performance of veteran Chen Shu-fang, who also took best supporting actress for her role in Dear Tenant.

Best actor went to Mo Tzu-yi for Dear Tenant, about a young man who takes care of the mother and son of his deceased boyfriend, while best supporting actor went to Nadow Lin in Classmates Minus.

Both the awards and Golden Horse Film Festival (November 5-22) took place as physical events, due to Taiwan’s successful handling of Covid-19. But same as last year, the awards had very few Hong Kong and mainland Chinese nominees due to China’s boycott of the ceremony following a political speech by a Taiwanese award winner in 2018.

Hong Kong independent films to win awards at this year’s ceremony included Beyond The Dream, which won best adapted screenplay for Felix Tsang and Kiwi Chow.

Earlier in the week, Taiwanese project SARStorm, to be co-directed by Lin Chun-yang and Aileen Li, won three prizes at the Golden Horse Film Project Promotion (FPP, November 16-18), including the Grand Prize, the Catchplay Development Award and the Central Picture Corporation Award.