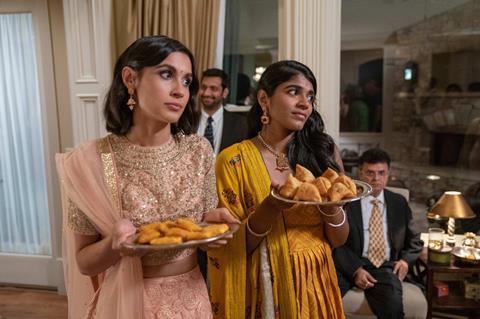 Myriad Pictures has acquired international sales rights to comedy India Sweets And Spices from the producers of Crazy Rich Asians and will commence sales at the virtual AFM next month.

Writer-director Geeta Malik’s film tells of a young woman who returns to her family’s suburban New Jersey home after a year at college and disrupts their well-ordered life with her independent spirit. After befriending the handsome son of the new owners of the local Indian grocery, she invites his family to a dinner party where family secrets are revealed.

Bleecker Street will release India Sweets And Spices in the US on November 19 and Madison Wells and SK Global Entertainment (Crazy Rich Asians) produced and financed.

Myriad Pictures president and CEO Kirk D’Amico said, “We are delighted be handling international sales on this insightful comedy keenly written and directed by Geeta Malik which explores the modern day lives of Indian families in America with humor and pathos.

“The producers including John Penotti, Naomi Despres, and Gigi Pritzker have brought together a fabulous cast and crew. The film, in a similar way as for Crazy Rich Asians allows audiences to see what is really happening beneath the surface of these Indian families with audacious wealth.”

Ali’s upcoming projects include Sony’s recently completed tentpole Uncharted alongside Tom Holland and Mark Wahlberg, and Season 2 of Amazon’s hit series The Wilds in which she reprises her leading role.