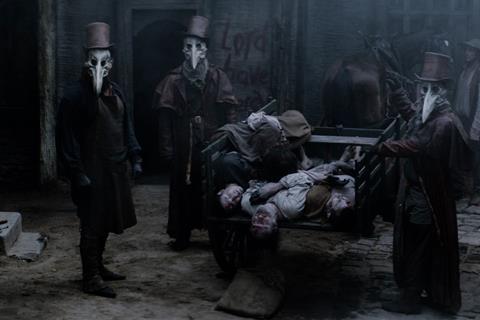 The film takes place in 1665 against the backdrop of the Great Plague and the subsequent witch hunts in England. Charlotte Kirk, Sean Pertwee, Joe Anderson, Steven Waddington and Emma Campbell-Jones star. Marshall’s The Descent opened the festival in 2005.

Fantasia will run from August 20-September 2 and host world premieres and screen films from the cancelled SXSW and postponed Tribeca line-ups that have not yet played for the public. The full selection will be announced in early August.

The first Camera Lucida section for auteur-driven works at the intersection of genre and arthouse announced its first three titles: Labyrinth Of Cinema, Lapsis, and Time Of Moulting.

Films are viewed on Festival Scope and Shift72’s virtual screening platform and will only be accessible to those based in Canada.