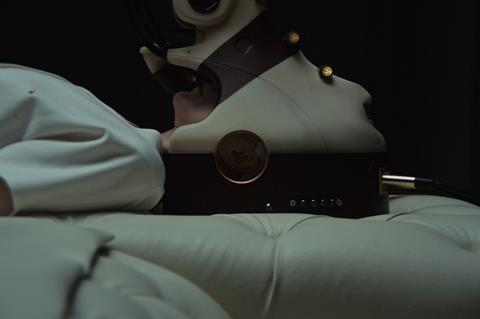 The film premiered at Sundance and centres on a corporate agent (Riseborough) who uses brain-implant technology to inhabit other people’s bodies and get them to commit assassinations for high-paying clients.

Possessor is an Ingenious Media presentation, produced with the participation of Telefilm Canada and Ontario Creates, in association with Arclight Films and Particular Crowd. Elevation Pictures will release the film in Canada and Well Go USA will handle the US entertainment release.

Jeff Deutchman negotiated the deal for Neon with Pfardrescher at Well Go USA, and CAA Media Finance on behalf of the filmmakers. Neon will announce release plans at a later date.

“Neon is a hugely exciting distributor, and I’ve been eager to work with them for a while now,” said Cronenberg. “I’m thrilled they are taking on Possessor in collaboration with Well Go USA, who made production of the film possible.”

Neon also said this week it had acquired US rights to Pig starring Nicolas Cage, and Amy Seimetz’s She Dies Tomorrow, which was scheduled to screen at SXSW.