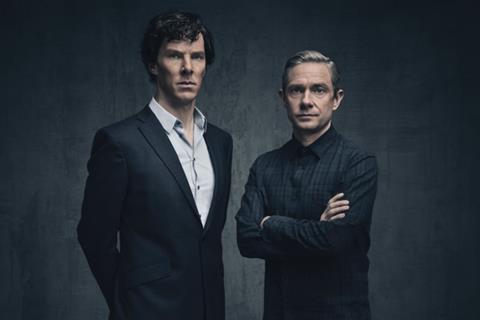 Netflix has been brought on board as co-producer of Steven Moffat and Mark Gatiss’ upcoming BBC Dracula adaptation.

The BBC revealed today that Hartswood Films’ series, which will air next year on BBC1, is being lined up for an international tx on the SVoD giant’s platform.

The Sherlock team is aiming to “re-introduce the world to Dracula” with the 3 x 90-minute series, which sticks to the backdrop of 1897 Transylvania rather than bringing the story to the present day.

It was initially commissioned by BBC director of content Charlotte Moore and drama controller Piers Wenger, with Moffat and Gatiss as executive producers alongside Hartwood founder Sue Vertue.

Netflix vice president, content acquisition Larry Tanz said the west coast outfit was “eager to collaborate on yet another series with the BBC”, highlighting the opportunity of bringing Moffat and Gatiss’ writing to an international audience following the success of Sherlock.

Wenger added: “Steven and Mark’s ingenious vision for Dracula is as clever as it is chilling.

“In their talented hands, the fans will experience the power of Bram Stoker’s creation as if completely anew.”

This story was first published on Screen’s sister site Broadcast