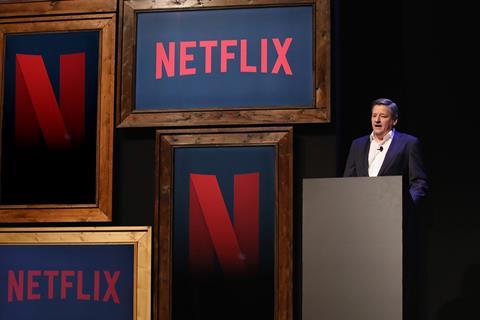 Netflix has said it is creating a $100m relief fund for the creative community amid the ongoing coronavirus pandemic.

Most of the money will go toward supporting workers on the streamer’s own productions, which have been shut down like many others as a precaution during the outbreak. Last week Netflix halted all pre-production and physical production in the US and Canada for two weeks and was understood to be evaluating international production on a territory-by-territory basis.

Some $15m is going to relief efforts in countries where Netflix has a large production base, which includes North America, Spain, Latin America, and Asia.

“The Covid-19 crisis is devastating for many industries, including the creative community. Almost all television and film production has now ceased globally - leaving hundreds of thousands of crew and cast without jobs. These include electricians, carpenters and drivers, many of whom are paid hourly wages and work on a project-to-project basis.

This community has supported Netflix through the good times, and we want to help them through these hard times, especially while governments are still figuring out what economic support they will provide. So we’ve created a $100 million fund to help with hardship in the creative community.

“Most of the fund will go towards support for the hardest hit workers on our own productions around the world. We’re in the process of working out exactly what this means, production by production. This is in addition to the two weeks pay we’ve already committed to the crew and cast on productions we were forced to suspend last week.

”Beyond helping workers on our own productions, we also want to support the broader film and television industry. So $15 million of the fund will go to third parties and non-profits providing emergency relief to out-of-work crew and cast in the countries where we have a large production base.

In the United States and Canada non-profits already exist to do this work. We will be donating $1 million each to the SAG-AFTRA Covid-19 Disaster Fund, the Motion Picture and Television Fund and the Actors Fund Emergency Assistance in the US, and $1 million between the AFC and Fondation des Artistes. In other regions, including Europe, Latin America and Asia where we have a big production presence, we are working with existing industry organizations to create similar creative community emergency relief efforts. We will announce the details of donations to groups in other countries next week.

”What’s happening is unprecedented. We are only as strong as the people we work with and Netflix is fortunate to be able to help those hardest hit in our industry through this challenging time.”