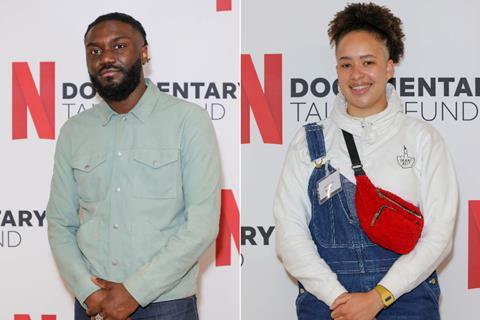 Netflix has selected the first recipients of its £400,000 Documentary Talent Fund, with 10 filmmaking teams from across the UK including Northern Ireland and Scotland.

A shortlist of 21 filmmaking teams were invited to pitch to Netflix on May 21. The winning teams were selected by an eight-person team of industry professionals, including Dick Johnson Is Dead director Kirsten Johnson; Shanida Scotland, head of film at Doc Society; and Kate Townsend, director of original documentaries commissioning at Netflix.

Each of the 10 teams will receive up to £40,000 in financing to create their own documentary short film between eight and 12 minutes long, to the brief ‘Britain’s Not Boring And Here’s A Story’.

The filmmakers will be supported by a mentorship programme, working with Netflix and UK-based entertainment PR firm WDW Entertainment to create a network of industry figures to help guide them through the filmmaking process. Each team will also receive Covid-19 guidance to help ensure a safe production.