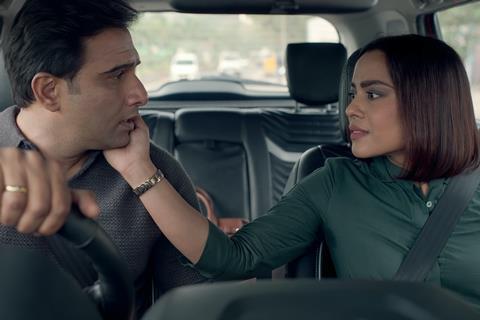 Netflix is also teaming with RSVP on Ram Madhvani’s thriller Dhamaka, starring Kartik Aaryan, while Balaji Telefilms and Sikhya Entertainment are producing Pagglait, about a recently-widowed woman as she sets out on a path of self discovery.

On the series side, Netflix presented its previously announced Bombay Begums, a drama about five women in contemporary urban India, co-directed by Alankrita Shrivastava and Bornila Chatterjee. Pooja Bhatt, Shahana Goswami and Amruta Subhash head the ensemble cast of the series, which was produced with Endeavor Content, Chernin Entertainment and Endemol Shine India.

Roy Kapur Films and Ramesh Sippy Entertainment are co-producing thriller Aranyak, about a cop investigating the disappearance of a tourist in a Himalayan town, while Anushka Sharma’s Clean Slate Films (Paatal Lok), is producing Mai, about a wife and mother who becomes entangled in a web of white-collar crime and dirty politics.

Across other formats, Netflix is producing comedy specials with comedians including Kapil Sharma, and a slate of documentary series, including Indian Predator, with VICE Media and India Today.