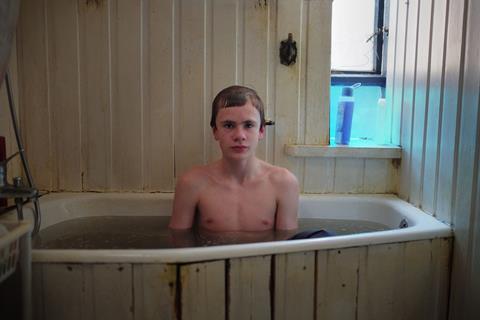 The director’s debut feature Heartstone premiered at Venice Days in 2016 and won more than 50 festival awards around the globe.

Beautiful Beings is presented today during the C EU Soon works-in-progress showcase at MIA in Rome.

The story follows Addi, a teenage boy raised by a clairvoyant mother, who adopts a bullied kid into his group of violent misfits. When the boys’ own aggressive behavior escalates toward life-threatening situations, Addi starts to experience a series of dreamlike visions. Will his newfound intuition guide him and his friends toward a safer path, or will they dive further into violence?

Guðmundsson said: ”Beautiful Beings is a personal story that haunted my dreams and demanded to come to life. I am thrilled to share the film with an audience soon.”

New Europe previously sold Guðmundsson’s short Ártún (2014) and has a strong history of handling Icelandic titles, including Cannes 2021 hit Lamb as well as Hlynur Pálmason’s A White, White Day which was also produced by Svansson.