New film and TV studio to open in Liverpool 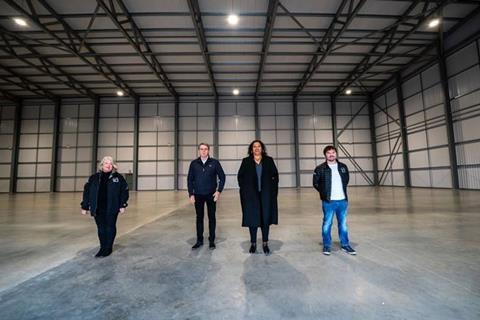 A new film and high-end TV drama studio faclitiy will open in the UK town of Liverpool on Monday (October 4).

Named The Depot, the facility is made up of two 20,000ft2 sound-proofed film and TV production units located a 10-minute drive from the city centre and the M62, and adjacent to the future Littlewoods Studios site.

Liverpool Film Office (LFO) is overseeing the management of the space, which was built by Morgan Sindall for Liverpool City Council. Local government predicts the facility will provide a £24m economic boost to the region. The LFO also aims to work with local companies on training initiatives.

The Depot and Littlewoods Studios both benefitted from a £17 million funding commitment from the Liverpool City Region Combined Authority’s Strategic Investment Fund.

Liverpool often doubles for locations such as New York and London. The Batman, Peaky Blinders, Doctor Who and Netflix’s Munich: The Edge Of War are among the recent productions to film in the city