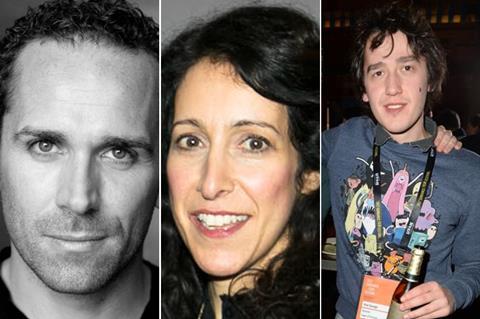 Lee Haven Jones, Harry Wootliff and Rob Savage, the directors of The Feast, True Things and Dashcam respectively, have been shortlisted for the £50,000 IWC Schaffhausen Filmmaker Bursary Award in association with the BFI, which will be presented on Sunday October 17 as part of the BFI London Film Festival (LFF).

Haven Jones has been selected for his debut feature, while Wootliff and Savage are both selected for their second films. This year’s winner will be chosen by writer, actor and producer Phoebe Waller-Bridge, alongside BFI CEO Ben Roberts.

LFF has also chosen the juries for its competitive sections. The five-person Official Competition jury is headed by Polish director Malgorzata Szumowska, who won the grand jury prize at the 2018 Berlinale for her film Mug. Alongside Szumowska are casting director Nina Gold, filmmakers Aleem Khan and Mark Cousins, and film critic Jessica Kiang.

The IWC Schaffhausen award is one of the biggest financial prizes available to filmmakers in the international industry. Previous winners include Daniel Kokotajlo for Apostasy, Richard Billingham for Ray & Liz, Rose Glass for Saint Maud and last year’s winner Cathy Brady for Wildfire.

The 65th London Film Festival will run from October 6-17. The full programme was announced last month.