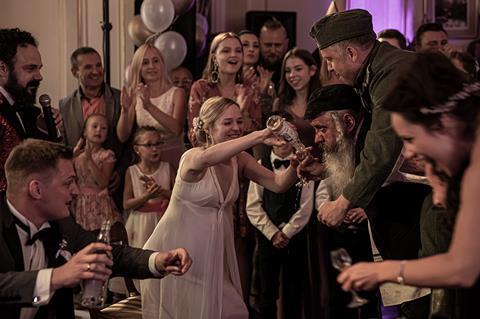 There are also nine international premieres including Wojtek Smarzowski’s The Wedding Day, which takes a deep dive into Polish society by telling two stories a century apart, addressing issues including LGBTQI+ rights and veganism. It is a follow-up to Smarzowski’s 2018 film Kler, which dissected the Polish Catholic church.

Matias Rojas Valencia’s A Place Called Dignity is another international premiere. It takes place in Colonia Dignidad, the notorious commune in southern Chile founded in 1961 by former Nazi soldier Paul Schäfer that housed a cult and where many children were sexually abused.

Set to receive its European premiere is Yanagawa, directed by Korean-Chinese director Zhang Lu, who has previously picked up prizes at Cannes, Berlin and Locarno. It tells the story of two Beijing brothers who are brought back together by a shock diagnosis, and head to Japan to seek out a woman from their past. The film received its world premiere at Busan and opened Pingyao International Film Festival.

The full programme will be announced at the start of November. Screenings will be available online as well as onsite in Tallinn from November 17-26.

The List of Those Who Love Me (Turkey)
Dir. Emre Erdoğdu

The King Of All The World (Sp-Mex)
Dir. Carlos Saura