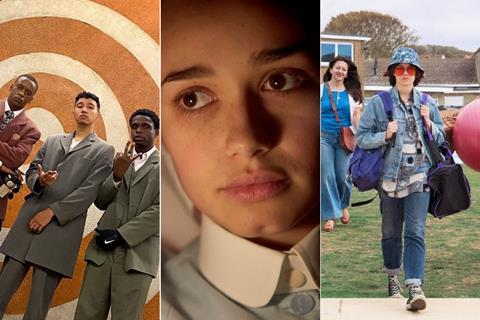 Scroll down for the full new talent longlists

Pirates scored the most longlist spots with five – for Yates as director and writer, and for the film’s three leads Elliot Edusah, Jordan Peters and Reda Elazour in breakthrough performance.

The film, which paused production due to the pandemic before wrapping in autumn 2020, follows three friends on New Year’s Eve 1999 as they travel across London looking for tickets to the hottest party. Picturehouse Entertainment is distributing it on November 26 in the UK and Ireland.

The Power was selected in each of the four categories: for Faith in writer and director, for Rob Watson in producer and for Screen Star of Tomorrow 2019 Rose Williams in performance. The horror title follows a nurse forced to work the night shift in a crumbling London hospital in 1974.

Sweetheart repeated the quadruple, for Morrison in writer and director, Michelle Antoniades in producer, and Nell Barlow in performance. It sees a socially awkward teenager forced to spend the holidays with her family in a caravan park, where she falls for a lifeguard.

Six titles received three longlist spots each: comedy horror All My Friends Hate Me, thriller The Bike Thief, horror Censor, musical Everybody’s Talking About Jamie, comedy People Just Do Nothing: Big In Japan and thriller She Will.

Among the 16 actors longlisted in breakthrough performance is Jude Hill, for his role in Kenneth Branagh’s black-and-white drama Belfast.

Nine filmmakers were chosen in both the director and writer categories, six of whom are women.

Thirty-one ilms are represented across the four categories, with 39 individuals, all of whom are automatically invited to Bifa’s Springboard professional development programme to assist them in building on the success of their debut features.

Of the 39, nine – securing 13 spots - have previously been named Screen Stars of Tomorrow.

The international film, documentary and discovery longlists will be announced in the coming days, with nominations on Wednesday, November 3.

The ceremony will take place in-person in London on Sunday, December 5.

Jack Clough, People Just Do Nothing: Big In Japan

Celeste Bell, Poly Styrene: I Am A Cliché

Charlotte Colbert, She Will

Tom Palmer, Tom Stourton, All My Friends Hate Me

Charlotte Colbert, Kitty Percy, She Will

Tom Palmer, All My Friends Hate Me

Tim Sealey, People Just Do Nothing: Big In Japan

Jessica Malik, She Will

Tom Stourton, All My Friends Hate Me

Ellora Torchia, In The Earth