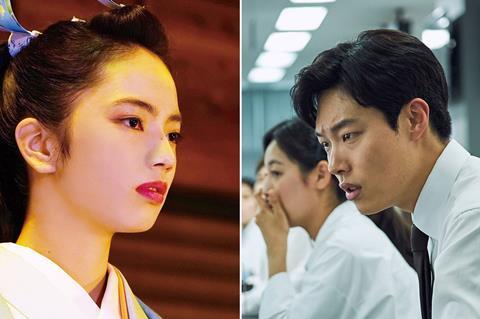 Komatsu will receive her honour before the festival’s opening night screening of Bernard Rose’s action epic Samurai Marathon on June 28, and Ryu will receive his award on July 6.

Komatsu is in demand not only as an actor but is known as an influencer and fashion icon. She made her feature debut five years ago as Koji Yakusho’s wild daughter in Tetsuya Nakashima’s The World Of Kanako and won the Japan Academy Prize for Rookie of the Year. Martin Scorsese cast her in a small role in Silence, and her credits include Bakuman, Prophecy, Destruction Babies, Drowning Love, and It Comes.

Ryu gained recognition for his role in the 2015 drama Socialphobia and has starred in a number of film and TV roles since then, among them the 2017 historical epic The King, and 2017 A Taxi Driver, which became the highest grossing South Korean film of that year.

In 2018, Ryu played the lead in the crime thriller Believer and starred in Park Noo-ri’s stock market scam thriller Money. He will next be seen in Won Shin-yun’s historical action film Battle.