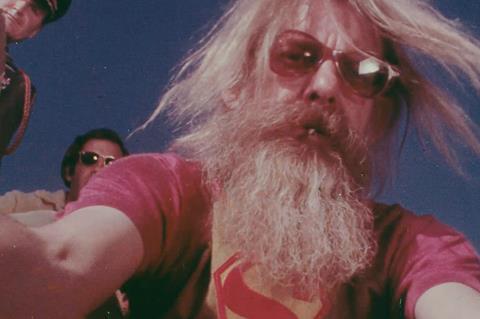 O-Scope plans to release the film theatrically this year after negotiating the deal with Cinetic Media on behalf of the filmmakers.

Hal Ashby is widely regarded as one of the great overlooked directors and was responsible for Harold And Maude, The Last Detail, Shampoo, Coming Home, and Being There, among others.

“We cannot imagine a more perfect home for this film,” Scott said. “Hal is as much a love letter to Hal Ashby as it is a testament to the indefatigable spirit of independent filmmaking, and no one celebrates true independent cinema like Oscilloscope.”

O-Scope’s Dan Berger added, “As a true film geek, for me, Hal Ashby is nothing short of a deity. A rare blend of a truly skilled technician and a genuine human with stories to tell and things to say. Amy’s doc provides powerful insight into the man and his work and, perhaps most importantly, captures his heart, his kindness, and his goodwill. The world needs more Hal Ashbys.”