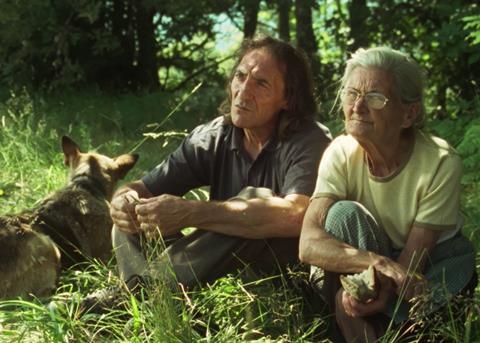 Oliver Laxe’s Fire Will Come picked up two top prizes at the 60th Thessaloniki Film Festival (Oct 31-Nov 10) on Sunday, winning the Golden Alexander worth €15,000 for best film and a best actor award for Amador Arias.

The Spanish film, which won the Un Certain Regard Jury Prize at Cannes, centres on a convicted arsonist (Arias) who returns to his family home in rural Galicia. Pyramide International handles world sales.

The Bronze Alexander for best director was awarded to Melina Leon for Peruvian baby trafficking drama Song Without a Name. The film, which played in Directors’ Fortnight in Cannes, has been picked up for Greece by distributor Danaos Films from sales and production outfit Luxbox.

An honorary Golden Alexander award went to director John Waters for his contribution to the art of cinema.

TIFF’s Agora industry section hosted 15 projects in the 15th Crossroads Co-Production Forum and a further 11 films in the Agora Works in Progress.

The co-production award went to Nadine Salib’s The Land Beyond and will see the Egyptian fable receive full post-production image and sound services, presented by Greek company 2/35.

The French CNC development award, worth €8,000, went to Neritan Zinxhiria’s The Gospel According To Kimon.

In the works in progress prizes, Matteo Tortone’s Mother Lode received the Eurimages Lab Award, worth €50,000. Producers on the Italian feature include Alexis Taillant and Nadège Labé of Wendigo Films.

The talk of TIFF’s industry was the announcement of new sound stages in Thessaloniki.

Nu Boyana Hellenic Film Studios will comprise eight sound stages with a capacity of 15,000 sq m as well as a backlot across 25,000 sq m and is set to begin operations in 2021.

The $25m project has been privately financed by New York-based York Studios and Bulgaria’s Nu Boyana Film Studios. It was announced at TIFF respective CEOs John Kalafatis and Yariv Lerner.

The National Centre of Audiovisual Media and Communication (EKOME) is backing the project, which is financing the training of local technicians in Sofia’s Nu Boyana facilities.

EKOME is running a 35% cash rebate and its CEO Panos Kouanis confirmed to Screen the previously announced 35% tax credit scheme “should start running by the end of the year”.

Thessaloniki and the Central Macedonia region is already running a full-fledged film commission office, part of the regional film commissions coordinated by EKOME and the Greek Film Centre.

The “J.F.Costopoulos Foundation” Award
Not To Be Unpleasant, But We Need To Have A Serious Talk (Gre),
Dir. Yiorgos Georgopoulos