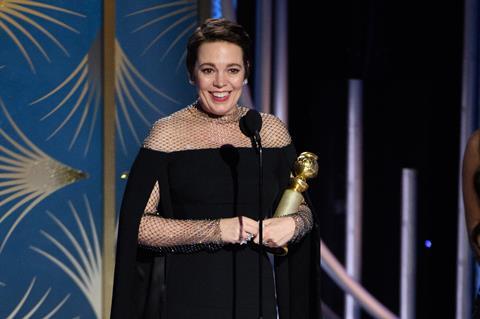 Olivia Colman at the Golden Globes

She will be honoured at the BFI Chairman’s dinner, hosted by BFI chair Josh Berger on March 6, at The Rosewood Hotel in London.

Her other roles include Peep Show, Rev, Twenty Twelve, Tyrannosaur, The Night Manager, The Lobster and the third series of Netflix’s The Crown.