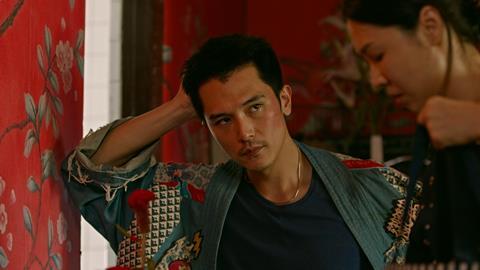 On Happiness Road, the story of a young woman reminiscing about her childhood after returning to Taiwan from the US, also picked up the audience award and shared the Best Animation prize with Pan Sz-yu’s musical animation Neon.

“Although messy…this is the real Taipei we are most familiar with – it’s just been covered up by TV dramas over the years,” said the press jury in a statement.

Other big winners included Hsiao Ya-chuan’s Father To Son, which took best director and awards for outstanding artistic contribution for both music and art design.

Yang Ya-che’s The Bold, The Corrupt And The Beautiful was awarded best screenplay, best supporting actress (Vicky Chen) and the outstanding artistic contribution award for editing. Best supporting actor went to Cheng Jen-shuo for Gatao 2: Rise Of The King.

Nagao Nakashima picked up the cinematography award for Xiao Mei, which played at this year’s Berlin film festival, while actor Utjung Tjakivalid won best new talent for Alifu, The Prince/ss.

Best documentary went to Fu Yue’s Our Youth In Taiwan, which explores the political position and struggles of Taiwanese youth, while best short film went to Wang I-fan’s 02-06, a satire about Taiwan’s military system.

Taiwanese producer Chen Kuo-fu was presented with the Yang Shih-chi Outstanding Contribution Award. Based in Beijing, Chen works closely with Huayi Brothers and has credits including Tsui Hark’s Detective Deeseries and Mojin – The Lost Legend.

The awards took place at the end of the Taipei Film Festival, which also presents prizes in the International New Talent Competition halfway through the event. Portuguese filmmaker Pedro Pinho’s The Nothing Factory won the $20,000 (NT$600,000) Grand Prize in this competition, while the Special Jury Prize went to The Charmer, directed by Denmark-based Iranian filmmaker Milad Alami, and Taiwan’s Dear Exwon the audience award.