’Once Upon A Time… In Hollywood’ takes UK box office crown with Tarantino-best £5.1m weekend 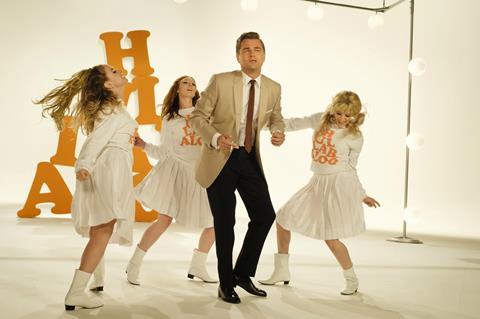 Quentin Tarantino’s Once Upon A Time… In Hollywood began its UK box office life with a £5.1m three-day weekend. It opened at 664 locations for a site average across the weekend of £7,681. With previews of £1.4m on Wednesday (Aug 14) and £1m on Thursday, the film is up to £7.5m from a five-day run.

That’s a stellar result for Sony and by far the best opening weekend of Tarantino’s career in the UK, topping Inglourious Basterds (£3.6m), Django Unchained, The Hateful Eight and Kill Bill Vol.2 (all £2.8m).

Django remains the director’s best performing title at the UK box office with £15.7m, and Sony will be looking for Once Upon A Time… In Hollywood to smash through that number.

Once Upon A Time… is also the third best opening of all time for an 18-certificate release, behind two of the Fifty Shades films.

Elsewhere for Sony, Spider-Man: Far From Home is now the biggest title in the franchise having hit £35.5m this weekend with a further £386,000.

The Lion King has finally been displaced from the top of the UK box office chart in its fifth week, after a 43% drop saw it record £2.4m, placing it second. That takes the film to £65.9m to date, now the second biggest release of 2019 (behind Avengers: Endgame) and the 14th of all time, having surpassed Mamma Mia: Here We Go Again (£65.5m).

Good Boys, the comedy from SXSW that stars Jacob Tremblay in the story of three young boys who skip school to attend a long-awaited party, opened to £843,289 from 475 locations, an average of £1,775. The film has been a bigger hit in the US, where it opened to $21m (£17.3m) this weekend.

Kirill Serebrennikov’s Leto, which premiered at Cannes last year, took £2,085 this weekend from six sites. The film has £12,651 including festivals and previews, and is also now available on the MUBI streaming platform.