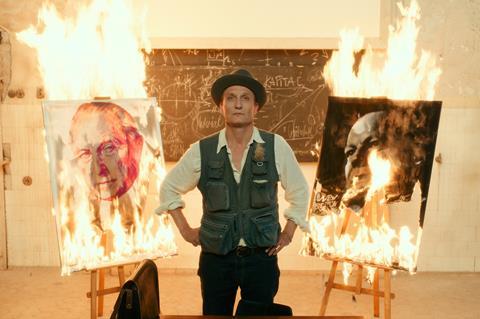 Oliver Masucci in ‘Never Look Away’

The German and Russian- language film premiered in Competition at the Venice Film Festival last year. It is nominated for best foreign-language film and best cinematography at this year’s Academy Awards.

Spanning three decades of 20th century German history, Never Look Away stars Tom Schilling as a young art student who falls in love with a fellow student played by Paula Beer. Her father, portrayed by Sebastian Koch, disapproves of their relationship and vows to destroy it.

Never Look Away was bought by Sony Pictures Classics for North America, Latin America, Australia, New Zealand and Scandinavia prior to its Venice premiere. In the US, it has taken $286,678 to date from a limited run. Disney distributed the film in Germany, where it has grossed $2.7m to date.

Modern Films is lining up the UK and Ireland run for the next few months and is partnering with communications agency Sutton on an event-style release plan to specifically target the art world. Sutton previously worked on the US release and is advising on the Oscar campaign.

Curzon was previously set to handle the UK release, as reported here, but the distributor backed out of the deal late last year and rights were put back on the table.

Director von Donnersmarck’s credits include the Oscar-winning The Lives Of Others, and the Johnny Depp and Angelina Jolie-starring thriller The Tourist.