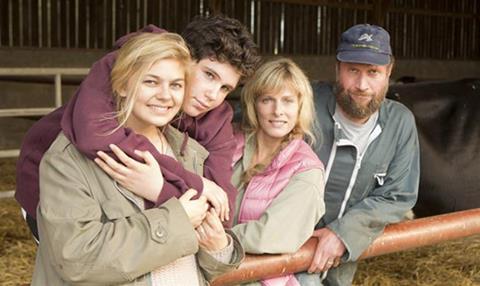 Their first production will be Coda, a remake of the 2014 French hit La Famille Belier, with Patrick Wachsberger’s Picture Perfect Entertainment.

The three-year co-development and co-production deal will produce one to two films a year initially with the flexibility to ramp up to more projects over time.

All films produced under the deal will be fully financed by Pathé and Vendôme and will be released theatrically in France through Pathé which will also oversee worldwide distribution of the titles.

Coda will be directed and written by Sian Heder, whose credits include Tallulah and Orange Is The New Black. It is set to shoot in Gloucester, Massachusetts, this summer.

The story is about a teenager who is the only person with good hearing in a deaf family. She finds herself torn between pursuing her love of music and her family’s reliance on her as their connection to the outside world.

Philippe Rousselet and Fabrice Gianfermi, CEO and co-CEO of Vendôme Group will produce the film alongside Patrick Wachsberger’s Picture Perfect Entertainment. Wachsberger and Rousselet will kick-start sales on the film at Cannes, with the support of Pathé.

This new partnership between Pathé and Vendôme further builds on longstanding relationship between the two companies, which worked together most recently on Promise At Dawn and the soon to be released The Lost Prince directed by Michel Hazanavicius and starring Omar Sy.

It also continues Vendome’s enviable track record in transatlantic production. The company is well-respected for developing, financing and producing  commercially- viable international features for the global marketplace over the past decade.

In addition to Rousselet and Gianfermi, Vendome’s executive team includes Sarah Borch Jacobsen, head of development and production, who oversees the day to day development of the company’s English language production slate across multiple genres.