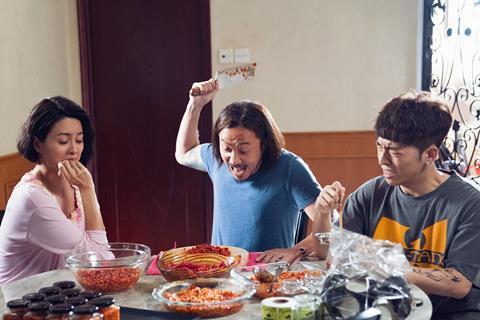 Chilli Laugh Story was a box office hit in Hong Kong cinemas, having beaten out Thor: Love And Thunder, and screened in the Next/Now strand during the festival’s 17-day run.

Other NYAFF winners included Janchivdorj Sengedorj’s Mongolian coming-of-age comedy The Sales Girl, which took the Uncaged award for best feature given to a title that deserves wider international recognition.

Starring newcomer Bayartsetseg Bayangerel, The Sales Girl follows a college coed whose new job at a sex shop takes her on a journey of self-discovery.

Special mentions went to filmmaker Jigme Tringley for technical achievement in his Chinese comedy-thriller One In Four, and to actor Yao for his performance as twin brothers in Singaporean director Ken Kwek’s LGBTQ+-themed social drama #LookAtMe.