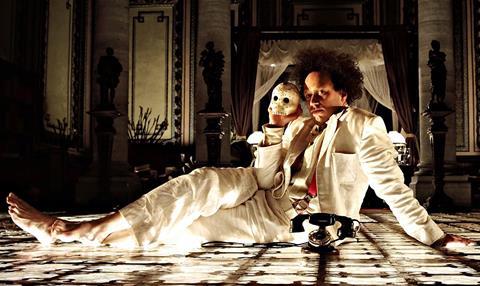 Eisenstein In Guanajuato chronicles the director travelling to Guanajuato in Mexico in 1931 to shoot his feature Que Viva Mexico. While there, he falls in love with his guide.

Elmer Bäck (Where Once We Walked) stars as Eisenstein, alongside Luis Alberti (The Golden Dream) and Maya Zapata (Bordertown).

Strand Releasing handled the title’s US theatrical, which began on Feb 5.

The film premiered at the Berlinale in 2015 where Greenaway was nominated for a Golden Bear.