UPDATED: The Seven Arts Entertainment CEO, his wife Susan and lawyer Michael Arata have been found guilty of conspiracy to wire fraud in Louisiana to the tune of $1.1m. 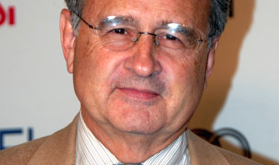 Hoffman, the former CEO of Carolco Pictures, the powerhouse producer behind such films as Total Recall and Terminator 2, faces up to 405 years in prison after a New Orleans jury reached its verdict on Monday.

The three defendants were found guilty of submitting false documents in 2009 related to the renovation of a New Orleans mansion converted into a post-production facility.

Prosecutors said Hoffman and Arata did this to receive film tax credits although they never incurred expenditure in the first place and hid the fact via “circuitous bank transfers”.

Arata was convicted on seven counts of wire fraud and four of giving false statements and faces a maximum term of 185 years.

Susan Hoffman was found guilty of one count of mail fraud on top of the conspiracy charge and faces a maximum of 45 years in prison.

Peter Hoffman and Arata maintained throughout the trial that the transactions were legal.