Peter Kosminsky: Netflix on board for SVoD drama tax 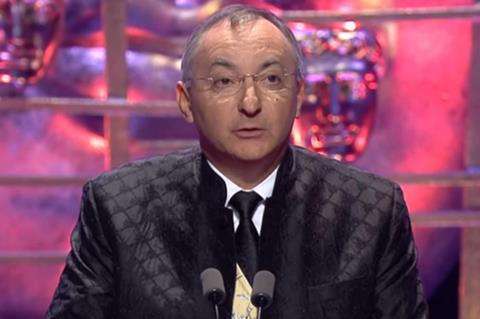 Netflix is on board for an SVoD drama tax - as long as any measure applies to all non-PSBs, according to Peter Kosminsky.

The Wolf Hall and The State director said Netflix chief executive Reed Hastings had signalled to him he was happy with the idea if it was enshrined in law and applied equally to all non-PSBs including Sky.

Kosminsky’s concern, reported by Broadcast in September, is that the SVoDs’ entrance into the market has led to “super inflation” in the per-hour cost of drama but the US giants are now rowing back on co-pros.

Fleshing out his plans in a Lords Communications Committee hearing yesterday, Kosminsky said the SVoDs, and potentially other non-PSBs, should pay a small levy per subscriber into a contestable drama funding pot akin to the Young Audiences Content Fund for children’s TV.

Drama indies would be able to pitch ideas to the fund, which could be administered by a body similar to the BFI.

Kosminsky said that during a wide-ranging conversation with Hastings, the executive told him “our long-term model is to absolutely own all IP”, while Apple has made clear it will not be getting involved with co-productions.

The situation has worsened over the past couple of months, according to Kosminsky, who also runs his own production vehicle Stonehenge Films.

BBC director of content Charlotte Moore and drama controller Piers Wenger had recently been “unable to get a meeting with Netflix” when they travelled to the US, he said.

Elsewhere, a senior drama figure at Channel 4 recently told him: “SVoDs used to be in-and-out of the office all the time and now they’re not interested”.

‘Pushing against an open door’

Kosminsky told the Lords that the levy plans are not radical. France and Germany has similar measures in place that require foreign streaming services to pay tax. Netflix recently challenged the European Commission against the German tax levy but lost.

“We would be pushing against an open door because they fought the battle in and lost,” he said.

“Netflix, Amazon and Apple would have to grudgingly accept the tax as long as they were compelled to pay, but no one will do it unilaterally as a kind gesture to the PSBs.”

COBA will give evidence to the Lords soon, as part of its far-reaching enquiry into the future of UK public service broadcasting.

Callender is in support of Kosminsky’s proposals and said it was unlikely there would be a “slew of entirely single-funded British dramas commissioned by the SVoDs” to make up for the dearth of co-pros.

“Don’t overstate the impact of The Crown,” said Callender.