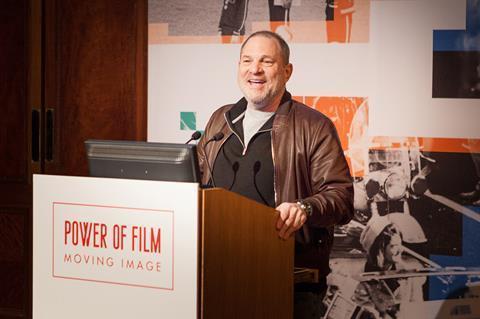 The Producers Guild Of America (PGA) has voted to expel disgraced former film mogul Harvey Weinstein from its ranks.

Referring to what it called a “systemic and pervasive problem requiring immediate industry-wide action”, the PGA has set up an anti-sexual harassment task force to find solutions for harassment in the entertainment industry.

In a statement issued after the postponed national board of directors meeting on Monday, PGA presidents Gary Lucchesi and Lori McCreary said:

“This morning, the PGA’s National Board of Directors and Officers decided by unanimous vote to institute termination proceedings concerning Harvey Weinstein’s membership.

“As required by the PGA’s Constitution, Mr. Weinstein will be given the opportunity to respond before the Guild makes its final determination on November 6, 2017.

“Sexual harassment of any type is completely unacceptable. This is a systemic and pervasive problem requiring immediate industry-wide action. Today, the PGA’s National Board and Officers – composed of 20 women and 18 men – created the Anti-Sexual Harassment Task Force specifically charged with researching and proposing substantive and effective solutions to sexual harassment in the entertainment industry.

“The PGA calls on leaders throughout the entertainment community to work together to ensure that sexual abuse and harassment are eradicated from the industry.”

The group’s decision marks the latest by a high-profile entity to shun Weinstein in the wake of rape, sexual assault and sexual harassment allegations.

He has been kicked out of the Academy and suspended from Bafta, while French president Emmanuel Macron recommended he be stripped of the Legion of Honour.