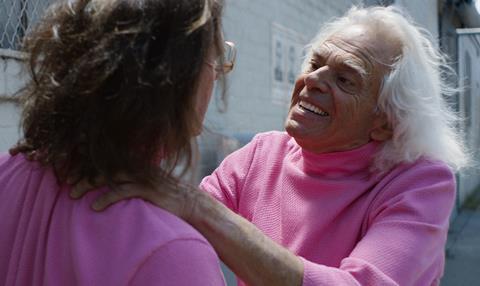 Jim Hosking’s off-kilter comedy debut The Greasy Strangler has been acquired for the UK by Picturehouse Entertainment, the distribution arm of Picturehouse Cinemas.

Picturehouse has set a UK release date of October 7.

Co-written by Hosking and Toby Harvard, who previously co-wrote The ABCs Of Death 2 anthology segment G Is For Grandad, the film is produced by Daniel Noah, Josh C Waller, Elijah Wood (The Lord Of The Rings), Andy Starke (Kill List) and Ant Timpson (Turbo Kid), and executive produced by Tim League of Drafthouse Films and director Ben Wheatley (High-Rise).

The film centres on Ronnie, who runs a disco walking tour with his son, Brayden. After an attractive woman takes the tour, it begins a competition between father and son for her love. It also signals the arrival of an oily strangler who stalks the streets at night.

The Greasy Strangler is a co-production from SpectreVision, Drafthouse, Rook Films and Timpson Films with backing from the BFI and Madman Entertainment.