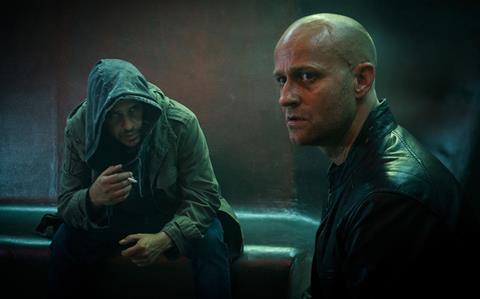 Stereo received its world premiere in the Berlinale Panorama section in February but will recieve its Asian premiere at PiFan.

“My Ordinary Love Story starts off as a humorous romantic comedy and later transforms into a horror mystery,” said chief programmer Jangwan Pyeon, describing it and the opening film as representative of the PiFan’s focus on more “complex genre films” this year.

The festival will screen 210 films from 47 countries with 43 world premieres and 20 international premieres. It will run July 17-27 with the closing ceremony on July 25 and encore screenings on the last two days.

The World Fantastic Cinema section will feature works from established and up-and-coming notables from around the world.

The line-up includes the world premiere of Evangeline, a 2012 NAFF project selection, directed by Canada-based Karen Lam. Her Inspiria is also in this year’s project market selection.

Special showcases include The Great Kaiju, Godzilla 60 Years - featuring seven Godzilla films starting with the 1954 Honda Ishiro original; Blood Window to Latin America – focusing on genre films from the continent; a showcase of shorts co-produced between the Korea National University of Arts and Beijing Film Academy over ten years, and a retrospective on Tinto Brass - Crossing The Boundary Between Eroticism And Perversion.

In addition to previously announced line-ups, the 7th NAFF announced the It Project 2014 jury will include Michael Favelle, CEO of Odin’s Eye Entertainment (Australia), along with Hiromi Aihara, president of Be Wiz, Inc. (Japan) and Romeo Noh, CEO Wellmade Film (Korea).

The NAFF Fantastic Film School will have lecturers including producers Mike Macari and Tim Kwok as well as a masterclass from director Wayne Wang.