Power to the Pixel explores power of prototyping 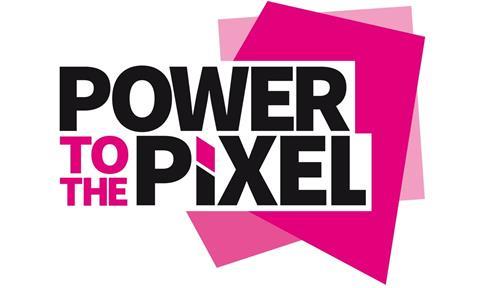 Prototyping and the art of connecting with audiences early on in a project’s genesis were at the heart of Power to the Pixel’s annual conference on Tuesday (Oct 13).

“We’ll be introducing the idea of the three Ps of prototyping, participation and personalisation,” said Power to the Pixel founder and CEO Liz Rosenthal in her opening remarks.

“We’ll be looking at an audience-centric approach in which you explore the themes and story-world of an idea first, look at the audience behaviour and motivations second and then work out which platform to use to engage. Very often companies do this the other way round.”

The daylong conference – exploring audience engagement, new formats and innovative funding – took place within the framework of the annual Power to the Pixel: The Crossmedia Forum, running Oct 13-16 at the BFI Southbank.

Digital storytelling pioneer Lance Weiler and interactive games expert Nick Fortugno, COO of New York-based Playmatics, started the day by kicking off a live prototyping lab revolving around their ambitious global project Sherlock Holmes and the Internet of Things - a collaborative storytelling experience in which groups of players participate in a connected crime scene.

The ambitious project has been running for the past year with hundreds of collaborators hailing from 30 countries, including participants in a Massive Open Online Course (MOOC) run by Columbia University where Weiler is currently director of its Digital Storytelling Lab.

At the conference, Weiler and Fortugno created a mock crime scene in one of the theatres of the BFI Southbank, using clues suggested by conference participants at the beginning of the day, and then ran a high-speed session in which five voluntary sleuths devised an explanation based on evidence fed to them from the conference via Periscope.

The focus on prototyping and early audience involvement ran throughout the day.

Jon Leland, director of strategy and insights at crowd-funding platform Kickstarter, which has raised more than $2 billion from 96 million backers for 93,000 projects since its creation in 2009, talked about the power of combining emphatic research with quantitative data and iterative development when creating a project.

“The difference between quantitative research, or big data, and emphatic research is that in the first we’re using aggregate data, looking at a large population, in the second we’re looking at individuals. There’s power in groups, but there’s also power in individuals,” he said.

Using the example of a game called That Dragon, Cancer, created by a game designer in response to the death of his young son from the illness, Leland demonstrated how a series of bespoke prototyping sessions with people who had also suffered the same tragedy had helped shape the crowd-funding campaign and the end experience.

An early session related to the game had revealed, for example, that backers had often got involved to honour a loved one.  This discovery prompted the designers to add a tier of awards into the crowd-funding campaign in which small memorials to pledgers’ lost loved ones would be incorporated into the final game.

At the other end of the audience research scale, Daniel Singer of London-based digital research agency Mavens took the conference through a case study of “big data” internet engine searches for The Muppets using several data sets freely available on the internet.

“Data very often isn’t big and the real question is how do you find the right data to solve the problem you’ve got. Sometimes it can be big data but not always. My aim is to show you how you can use public data to understand audiences and what they’re interested in and what that might mean for the creative processes.”

In other talks, Paula Zuccotti, an ethnographer and founder of the research and design consultancy The Overworld, looked at how industrial design practices, taking into account user behaviour, could be applied to the creative industries.

Catalina Briceno, director of industry and market trend research at the Canada Media Fund explored whether the advertising world’s use of programmatics – or buying and selling advertising space on the basis of internet algorithms – could be used to guide content consumers choice in the future.

“While pull content once ruled the shift now is towards push dynamics. Maybe this hyper-abundance of content we’re in right now might lead users to prefer recommendations by curation, social or algorithmic” she said.

Ingrid Kopp, senior consultant at the interactive department of the Tribeca Film Institute, looked at how she had taken a prototyping approach when developing its activities and projects over the last five years.

Hugues Sweeney, head of French language interactive media production at the National Film Board of Canada, discussed how the Montreal-based digital studio regularly reaches out to audiences during development, citing the examples of A Journal of Insomnia and Megaphone, an interactive installation in which members of the public spoke into a megaphone and their words appeared in electronic ticker tape form on the front of the President Kennedy Building at the University of Quebec at Montreal (UQAM).

Rose Adkins, founder and CEO of ScreenHits explained how her innovative B2B platform uses online pilot screenings to help professionals determine whether a show had audience traction or not.

Alex Ayling, head of BBC Worldwide Digital Studios, looked at how about the world’s oldest broadcaster was also attempting break die-hard broadcasting habits to involve audiences earlier on in the process of content production.

On the topic of innovative financing, Margaux Missika, executive producer at Paris-based digital production house Upian, discussed the potential for international co-productions in interactive storytelling using its recent production Do Not Track as an example.