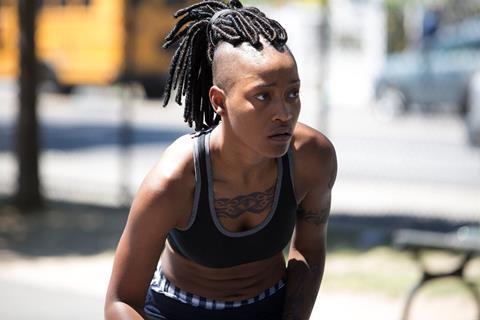 Haley Ramm, Vanessa Morgan, Aunjanue Ellis, Edi Gathegi, and DMX round out the key cast on the Bronx-set urban love story about a female pimp who learned her trade from her father and struggles to survive after he dies, forced to look after her girlfriend and prostitute mother.

Vertical Entertainment distributes Pimp in select US theatres and across digital platforms.

Premiere Entertainment’s Cannes sales slate include thriller The Amaranth starring Paul Thomas Anderson regular Melora Walters and Jeffrey DeMunn as a couple who move to an isolated and luxurious retirement community where the woman suspects sinister forces are affecting her and her husband.

Drama Rich Kids, winner of the Best U.S. Feature award at the HBO New York Latino Film Festival, follows a group of troubled teens from a low-income community who break into a mansion and spend the day pretending to be rich until they are caught and chased by the police.

Premiere Entertainment CEO and president Elias Axume and vice-president of acquisitions Carlos Rincon negotiated the deals with the producers.