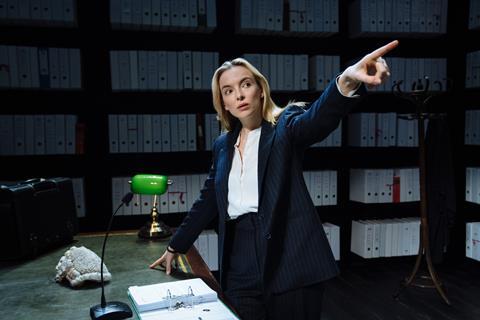 That figure made it the highest-grossing event cinema release since cinemas closed at the start of the Covid pandemic in March 2020, and the first to cross the £1m mark in this time. NTLive is estimating the final Thursday total to be close to £1.5m once all sites have reported.

The film played in 662 locations on Thursday, bringing in a single-day location average of £2,346.

NTLive has booked 350 sites for encores across this weekend and into next week, including regular matinee and evening screenings.

It has a total of 2,000 screenings in 730 cinemas across a 12-week cinema run, continuing until October.

Prima Facie’s strong start draws comparisons with another NTLive release: Phoebe Waller-Bridge’s Fleabag – NT Live 2019, which took just shy of £2m across its opening three days, and grossed £4.4m total from a four-month run across the latter third of 2019.

Both releases are one-woman plays starring actresses who first found acclaim in popular UK TV shows: Fleabag for Waller-Bridge, and Killing Eve – for which Waller-Bridge wrote the first season – for Comer.

Directed by Justin Martin, Prima Facie centres on a brilliant young barrister of working-class origins, who is forced to confront the divergence of patriarchal law, burden of proof and morals.

The Australian play debuted in Sydney in 2019; it made its West End premiere in London in April 2022 at the Harold Pinter Theatre, running until last month.