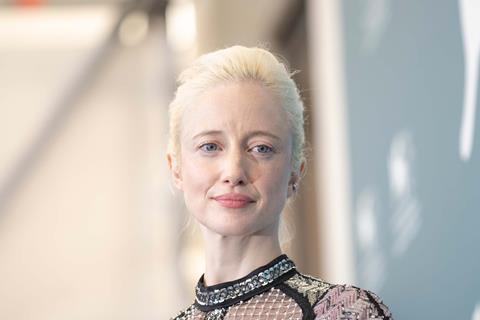 The film resumes principal photography at Lantica Pinewood on the Caribbean island nation after the start was postponed by the pandemic in March.

DuBois Ashong is directing the story about a clash of cultures when the Gullah Geechee people in the South Carolina Sea Islands encounter gentrification, cultural appropriation, and the legacy of slavery.

Riseborough’s credits include Oblivion, Birdman, Nocturnal Animals, The Death Of Stalin, The Grudge, and Netflix’s Bloodline.

Jamie Foxx/Datari Turner Productions are co-producing Geechee along with AGC’s head of film Linda McDonough and SVP of film and television Glendon Palmer.

AGC founder and chairman Stuart Ford and Miguel Palos, Andrea Scarso and Jamie Jessop of Ingenious Media, and Ricardo del Rio are on board as executive producers.

AGC Studios is financing the film in association with Ingenious Media.