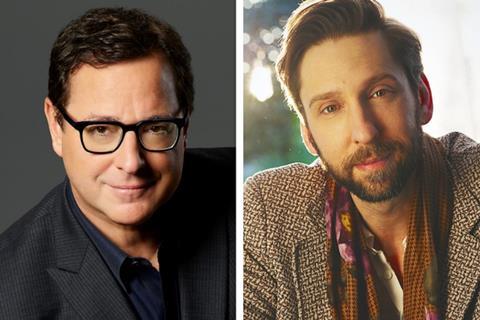 All three features will shoot in the Cayman Islands in the Caribbean under a broad agreement with the Cayman Islands Film Commission, the Cayman’s ministry of international trade, investment, aviation and maritime affairs, and strrategic partner Dart Enterprises to shoot four films in the country.

This is the first time the Cayman Islands has entered into a multi-production deal as it seeks to grow its film industry. The territory adopts strict Covid-19 protocols.

Comedy Blue Iguana is the first film announced under the pact and will shoot on the island of Grand Cayman starting on Monday (March 8).

Mimi Steinbauer’s Radiant Films International handles worldwide sales on the story of a family reunion in the Cayman Islands where siblings plan to kill their brother for his inheritance.

Canada’s Jeremy LaLonde directs from a script by Matthew Dressel (YouTube comedy series The Pilot Is Dead) and the film stars Joel David Moore, Bob Saget, Jason Jones, Carly Chaikin, and Mary Lynn Rajskub. Cast and crew are understood to be on location.

Tabarrok and Santor are producing with Leah Jaunzems and Jason Jallet. John Hills and Andrew Chang-Sang serve as executive producers.

Santor said, “We are delighted to announce this first-ever multi-picture collaboration with the government of the Cayman Islands. Their vision to develop and foster a robust film industry is very exciting, while offering a safe and secure place for production in these unprecedented times.”

The Cayman Islands government has facilitated access to multiple locations across the islands, hotel support for visiting cast and crew as well as expedited work permits and essential administration to allow production to start on time. Dart Enterprises is also providing vital hospitality and logistical support

Eric Bush, chief of the ministry of international trade, investment, aviation and maritime affairs, said, “I am delighted that the Cayman Islands has become a true contender in the highly competitive arena of global film production. This multi-film project will contribute immensely to Cayman’s growing film industry. The producers’ choice of the Cayman Islands for these films showcase its world-class sophistication, which combines global talent, modern infrastructure, amazing natural assets and true uniqueness of the British Overseas Territory.”

Jackie Doak, president of business development at Dart Enterprises added: “The Cayman Islands is renowned as a safe, sophisticated and sought after place to live, visit and work, and is even more so now given the successful containment of Covid. The film industry is the latest sector to appreciate the benefits of doing business in a place with a high standard of living, modern infrastructure, a tax-neutral status and a welcoming community.”