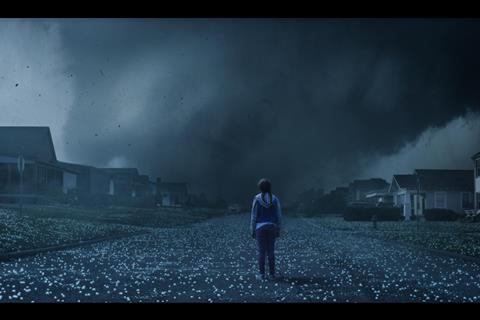 With an ensemble cast including Trace Adkins, Thora Birch, Peter Facinelli, Anne Heche, Will Peltz, Davi Santos, Amy Smart, Sofia Vassilieva and Paz Vega, the film is set in a US heartland town where a tornado forces four families to overcome their differences in order to survive.

Quiver has set the film for a US/Canada release on October 29 in select theatres and on video-on-demand.

Gossling, whose previous credits include writing and producing 2018 Sundance entry Un Traductor, also wrote the script for 13 Minutes, based on a story she developed with Travis Farncombe.

Highland Film Group is representing foreign rights to the film.

Gossling commented: “I am absolutely overjoyed to be able to share this engaging, thrilling ride of a film with audiences. It goes beyond the average disaster movie and hopefully will give people something to talk about. It was a pleasure to collaborate with this exceptional cast.”

Quiver Distribution co-presidents Berry Meyerowitz and Jeff Sackman added: “We are excited to be able to share Lindsay’s portrayal of this authentic and captivating story with audiences. The diversity among this outstanding ensemble cast is emblematic of the American heartland.”