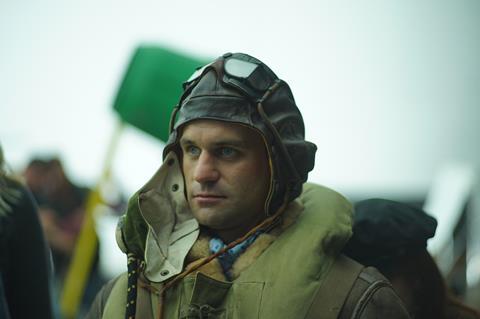 European VoD service Rakuten TV, which is owned by Japanese e-commerce giant Rakuten, is making a play into UK distribution with the day-and-date release of Second World War thriller Hurricane.

The online outfit is partnering with UK sales agent and distributor Kaleidoscope Entertainment on the film, which will see it receive a simultaneous theatrical and VoD release in the UK in autumn 2018.

Hurricane stars Iwan Rheon (Game Of Thrones), Milo Gibson (Hacksaw Ridge) and Marcin Dorocinski (Anthropoid) in the story of Polish fighter pilots defending UK shores during the Battle Of Britain. It is directed by David Blair and produced by Krystian Kozlowski of Prospect 3, Matt Whyte of Stray Dogs Films and Lipsync Productions.

Rakuten has launched a new brand, Rakuten Cinema, to deliver its UK distribution strategy and will be plotting to secure further all-rights deals on titles for day-and-date releases both in the UK and wider Europe. Its transactional VoD service is currently available in 12 countries.

The move follows a similar path plotted recently by UK broadcaster Sky, which launched its push into day-and-date releases under the Sky Original Films banner with the release of family animation Monster Family, in partnership with Altitude Films, earlier this year.

As Screen previously reported, Sky notched up the UK’s widest ever day-and-date release on the title, launching it into 137 sites. The country’s three largest multiplex chains, Odeon, Cineworld and Vue – which between them operate around 64% of UK cinema screens – continue to adhere to strict theatrical windows of 16-17 weeks before a home entertainment release and as such will not programme any title receiving day-and-date distribution.

Jacinto Roca, CEO of Rakuten TV, commented: “The entertainment industry is going through a deep revolution and we want to lead it. For us, what matters is great content, no matter where or how it is consumed.”