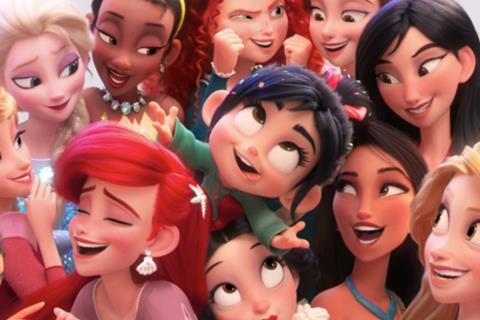 Ralph Breaks The Internet stayed top of the chart after a tepid weekend at the UK box office. The film dropped 38% on its previous session, adding £2.5m for £7.4m to date. The film should have a long tail over the Christmas holiday. Predecessor Wreck-It Ralph took £23.8m in the UK, leaving its sequel with some ground still to make up.

Mortal Engines, the big-budget tale based on Philip Reeve’s dystopian novel of the same name, from director Christian Rivers and producer Peter Jackson, took £578,861 from previews on Saturday and Sunday this weekend. The film continues to preview this week, leading into its official opening on Friday (Dec 14).

Sorry To Bother You opened to £250,453 in the UK, including £63,509 in previews, from 147 locations. The film, a satire on race and greed from writer-director Boots Riley, premiered at Sundance this year.

Creed II fell 43% in its second weekend, adding £1.7m for £6m so far – that already takes it past the lifetime gross of predecessor Creed, which ended on £5.9m.

Queen biopic Bohemian Rhapsody stayed in the top five after its seventh weekend, dropping 37% with £973,627. The film now sits on an impressive £44m in the UK.

Previewing this weekend, well-reviewed animated superhero feature Spider-Man: Into The Spider-Verse placed sixth in the chart with grosses of £750,000 from showings on Saturday and Sunday. That figure also includes some charity previews held to benefit MediCinema. The film has its full opening on Wednesday, December 12.

The Girl In The Spider’s Web has crossed the £1m mark after adding £23,000 this weekend.

Nativity Rocks! Is up to £1.9m in the UK after posting a further £331,638 this weekend. The film is sitting a way behind the grosses of its predecessors – with Nativity 2: Danger In The Manger! the top grosser on £9.3m – but still has the Christmas period to boost its takings.

Twilight was backed in cinemas this weekend, celebrating the 10th anniversary of its release. Playing in 29 Odeon locations last Monday (Dec 3), the film took £5,417.

Tulip Fever opened this weekend with £50,703 from 122 sites. The film stars Alicia Vikander, Dean DeHaan and Jack O’Connell and had been long-delayed due to the collapse of its rights holder, The Weinstein Company.