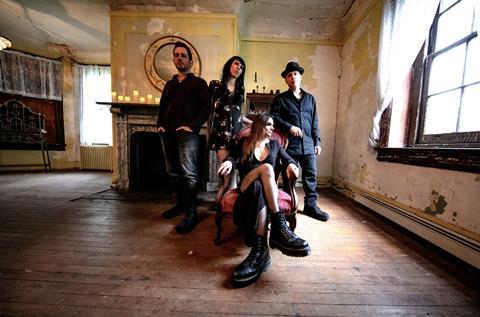 Toronto genre specialist Raven Banner has boarded sales on Leigh Brooks’ The Sound Of Scars and will introduce the documentary to buyers at next week’s virtual Cannes market.

Brooks filmed The Sound Of Scars across several countries while the band was on and off the road. Caputo, Alan Robert, and Joey Z feature in the completed film.

“This isn’t a typical music documentary. It’s as personal as it gets,” said Brooks. “I first saw the band live at the London Astoria in 1996. Since then, Life of Agony has become an absolute go-to when I felt alone and insecure about myself. This film is an intimate portrait that sheds light on the real-life stories that makes their music so vital and relevant.”

“We’ve never avoided tough conversations and we don’t pretend to have all the answers,” added Caputo. “But this film is a roadmap with many great lessons. It shows a ton of vulnerability… moments of falling downward and others where we rise strong. Enjoy this gift of imperfection. May you find the tools to be braver with this film.”

“The Sound Of Scars is one of the most intense ‘punch in the face’ documentaries we’ve seen in years,” said Raven Banner’s Michael Paszt. “We’re looking forward to sharing the band’s incredibly important story with everyone.”