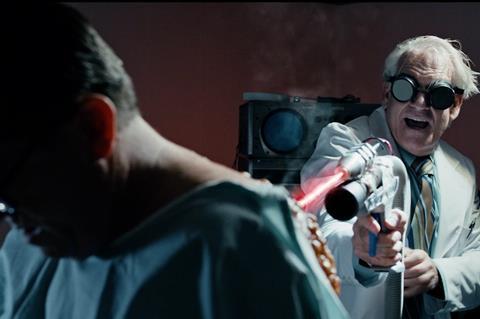 Tyler Russell directed the story of a plastic surgeon who will stop at nothing to patent his cyst removal device.

When the doctor’s invention inadvertently turns a patient’s tumour into a monster that runs amok in the work place, a nurse’s last day of work turns into a fight for survival.

Russell co-wrote the screenplay with Andy Silverman, and the pair produced with Travis Ayers. The film’s star Eva Habermann is executive producer.