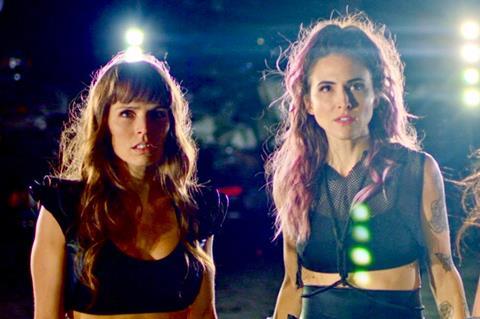 Raven Banner partner Hunt directed Spare Parts, about an all-female punk band who must compete in an arena for the edification of a cult after they are abducted and have their limbs replaced with mechanised weapons.

Raven Banner has also acquired international rights to Stay Out of the Attic directed by Jerren Lauder. The film follows a group of ex-cons-turned-movers who uncover horrors including human experiments and Nazi monsters at an old mansion.

Rounding out the line-up is recently completed Sky Sharks. Raven Banner holds worldwide rights to the Antarctic-set tale of geologists who uncover an old Nazi laboratory with genetically-modified flying sharks.