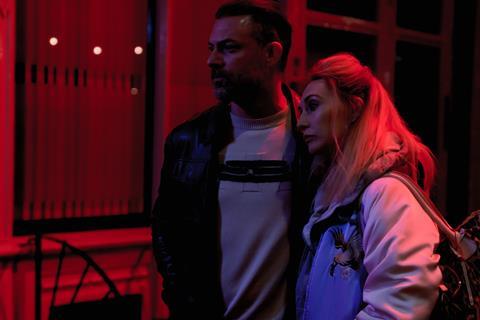 Dutch actresses Halina Reijn and Carice van Houten’s new drama Red Light and UK supernatural comedy horror tale Truth Seekers are among 10 upcoming series due to compete in the third edition of Canneseries which is taking place as a hybrid event from October 9 to 14.

The annual television festival was originally set to run last April alongside MIPTV until the content market cancelled due to the Covid-19 pandemic. The festival was rescheduled for October to run alongside MIPCOM instead, which has since moved online due to ongoing health concerns around the virus.

Canneseries has decided to retain its dates and unfold as a combined physical and virtual event, featuring free public screenings in Cannes’s Palais des Festivals and other venues along the Croisette as well digital meetings for professionals unable to travel to the French Riviera this year.

Six of the titles confirmed today have been retained from the previously announced competition including the world premieres of Norwegian historical drama Atlantic Crossing, Sweden’s gated-community tale Partisan and the law world thriller Top Dog as well as Finnish family drama Man In Room 301.

Further previously announced competition titles including Russian comedy drama 257 Reasons To Live, about a cancer sufferer who unexpectedly goes into remission, and Israeli psychological drama Losing Alice have since aired in their home territoires; the latter was acquired by Apple over the summer. They will make their international premiere at Canneseries.

The other new series in addition to Red Light and Truth Seekers are the French series Cheyenne and Lola, starring Veerle Baetens and Charlotte Le Bon as two unlikely partners in crime, and French-Belgian murder mystery Moloch.

Out of Competition, opening and closing series

Further out of competition highlights include Quibi’s Emmy award-winning short form series #FREETAYSHAWN, about a black Iraqi War veteran who unwittingly finds himself on the wrong side of the law. Rising star Jasmine Cephas Jones, who just won an Emmy in the outstanding actress in a short form comedy or drama series category for performance in the Quibi show, will participate in an online discussion on the series with director Seith Mann.

It is one of the highlights of a virtual programme of talks and panels called Canneseries Live. Other events include a Zoom event featuring Call My Agent  stars Weaver and Cottin in which they will talk about working together on the show against the backdrop of the pandemic as well as masterclasses with Jantje Frieses and Baran bo Odar, co-creators of Netflix series Dark and features The Silence and Who Am I; The Bureau showrunner Eric Rochant and legendary US producer Gale Anne Hurd.

A physical programme will also take place in Cannes. Aimed more at local audiences, the focus will be mainly on French series including The Flame, Love in Paris and Parlement, the hit political drama set against the backdrop of the European Parliament in Strasbourg.

Additionally, US actress Judith Light will be feted for her 40-year TV career which began with a small part in Kojak in the late 1970s and has featured more recently roles in The Politician and Transparent while Normal People co-star Daisy Edgar Jones will receive the festival’s rising star award.