Rediance picks up Locarno title ‘Whether The Weather Is Fine’ (exclusive) 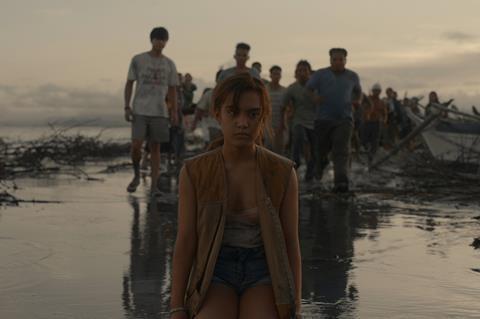 ‘Whether The Weather Is Fine’

Beijing-based sales agent Rediance has picked up international rights to Whether The Weather Is Fine, from Philippines filmmaker Carlo Francisco Manatad, which will receive its world premiere at the upcoming Locarno film festival (August 4-14).

Based on the director’s own experiences, the film is set in the aftermath of Typhoon Haiyan, which devastated coastal regions in the Central Philippines in November 2013. The story follows a young man searching for missing loved ones as another storm approaches.

The film, which will screen in Locarno’s Concorso Cineasti del presente section, is a co-production between the Philippines and France, with co-producers and funding from Singapore, Indonesia, Germany and Qatar. Daniel Padilla, Rans Rifol and Charo Santos-Concio head the cast.

It marks Manatad’s feature debut after a string of acclaimed shorts that played in festivals including Locarno, Cannes Critics Week and Toronto. He is also a well-known editor on local and international films.

Manatad described the Locarno selection as “a homecoming of some sorts, having my first short film be part of Pardi Di Domani in 2015 and coming back with my first feature”.

Rediance’s Meng Xie said: “Carlo is a new talent from Southeast Asia and I’ve followed his work from his shorts. We will continue exploring new generation filmmakers from this region and beyond.”

Rediance is also selling Chinese filmmaker Niu Xiaoyu’s Virgin Blue, which has also been selected for the same section in Locarno. The company is also selling two titles that are screening at the on-going Cannes film festival – Zhao Liang’s I’m So Sorry, which is premiering in Special Screening, Official Selection, and Wei Shujun’s Ripples Of Life in Directors Fortnight.

Rediance is also a co-producer on Apichatpong Weerasethakul’s Memoria, which is screening in Cannes competition, and a producer on Anthony Chen’s The Break Away, part of Neon’s omnibus feature The Year Of The Everlasting Storm, playing in Cannes Special Screening.