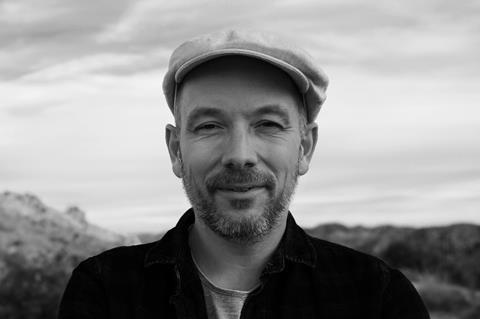 Van der Heijden’s novel does not deal directly with the tragic plane crash in Ukraine in 2014 but is inspired by its aftermath as state-backed investigators and bereaved relatives of the victims attempted to discover what happened and who was responsible for the tragedy.

“The novelist has taken events following the MH17 disaster and written them into a fictional story,” said Dutch producer Raymond van der Kaaij, who is leading the project alongside Revolver Amsterdam partner Germen Boelens.

”It’s a political thriller, touching on the intrigues, hidden agendas of governments and fake news surrounding the whole affair.”

The resulting storyline revolves around a Dutch war correspondent who heads to the Ukrainian capital of Kiev from New York following the reported assassination of a Russian journalist friend who had been investigating a devastating plane crash in Ukraine.

Dutch filmmaker Rolf van Eijk, who has signed up to direct, has a personal connection to the tragedy because he lost two close friends in the crash. Van Eijk, whose previous feature was musician drama My Foolish Heart in 2018, will collaborate on adapting the novel with screenwriter Roelof Jan Minneboo, who co-wrote Cannes 2018 drama The Gentle Indifference of the World.

Malaysian Airlines flight MH17 crashed in Ukraine on July 17, 2014, while on route to Kuala Lumpur from Amsterdam, when it was hit by a Russian-made Buk missile from a field controlled by pro-Russia separatist forces in Eastern Ukraine.

All 283 passengers, including 80 children, and 15 crew died. The tragedy has particular resonance in the Netherlands because two-thirds of the victims were from the country.  A Dutch-led international investigation concluded in 2018 that Russia was ultimately responsible for the tragedy.

Three Russian intelligence service agents and a Ukrainian pro-Russia militant are due to go on trial in absentia in the Hague from February 2021, following pre-trial hearings this summer. Russia has called the investigation ”politicised” and withdrew its cooperation this autumn.

“We’ve been following all the trials and one important thing is the truth. It matters to all the families who lost loved ones,” said van de Kaaij.

“We’re not going to make a documentary but the truth in the case around this horrible plane crash is confused and becomes more and more confused as you delve into it. It becomes a political narrative. The film will explore the power and devastating force of such political narratives.”

The project has recently secured development finance from the Netherlands Film Fund and the aim is to deliver the finished production in 2024 in time for a world premiere on the 10th anniversary of the tragedy.

Due to the international nature of the MH17 case, the feature will be mainly told in English with some Russian, Ukrainian and Dutch.

“The intention is to cast internationally and to attach international partners and financiers,” said van der Kaaij. “We talking to companies in Ukraine because we will have to shoot a big part there.”

”We’re also already in talks with sales agents and financiers as well as streamers because we think the project has the potential to be a series as well as a film.”

Revolver’s previous credits include I Dream In Another Language, which won an audience award at Sundance in 2017, the 2014 Berlinale selection Supernova, and Whit Stillman-directed drama Love & Friendship, which it co-produced.