The board of governors of the American Society Of Cinematographers has voted Crudo to return as president for a sixth term. 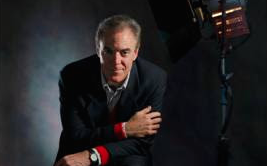 Crudo served the last two years and before that was president from 2003 through 2006.